The poetry of bluesmen. From the origins till today. 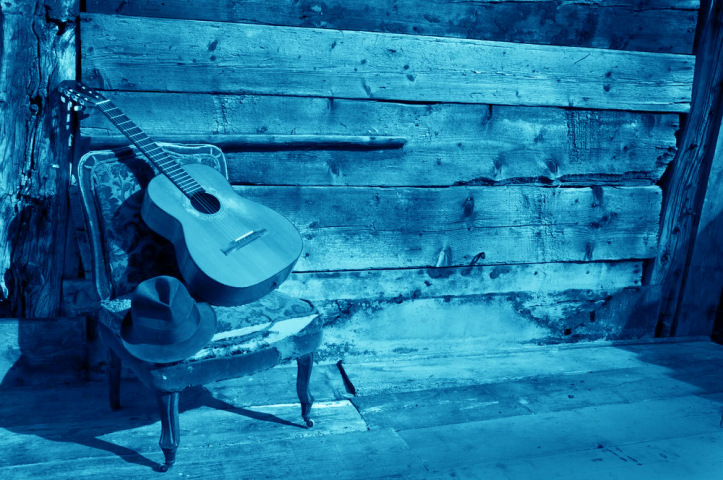 Well done, a great brainstorming. There’s all this and much more in the universe, which comes with the word ”blues”. In its evolution starting in the last years of 1800, up till now, blues has been much more than just a genre (the father, the grandfather, and the great grandfather of the light music’s ramifications since the ‘50s), it’s been a world of its own. From the study of Vincenzo Martorella we learn that for the first musicians “having blues” meant having the desire for a reciprocal and lasting love relationship with their partner. Of course it was happening in the moments of instability and fighting between the lovers, or as a result of a romantic disappointment (well, nothing new). So, blues was a kind of state of mind coming from frustration and turmoil in their love lifes. After some years, political themes opposing racism started being inserted in the songs as well.

In my opinion, today blues is like American Pie’s sex bible, a short, tiny book created over a long time by tons of diverse contributions, notes on the margins, added pages, appendixes, prefaces, postfaces, and, why not, hypertextual relations. In consequence, something hard to define. I believe, that one of the most fascinating outcomes of blues was poetry.

First, there was Langston Hufhes… Then there was Brown…

In the ‘20s of blues explosion, precisely in 1927, a writer and journalist of color decides to contribute to the formation of the culture by publishing the book “Fine Clothes to a Jew”, aiming at something very ambitious: stretching the field of blues to include poetry. Why is it ambitious? First at all because till this moment the only mean of blues transition was oral; and also because blues songs were very often fruits of improvisation in which music and text were brought to life together. Thinking about blues composition without musical company seemed absurd, but the experiment comes out smelling of roses, gaining more and more success in the future, with things like Dear Lovely Death or Shakespeare in Harlem. Hughes’ strong point was surely the great literary capacity united with the awareness of blues language’s characteristics: grammatical twists, hardness of sounds, dialectical expressions, well defined subject matter. Hughes was also exceptionally good at distribution of syllables in a way that they still fit the melodic profile of the songs without alternating their AAB metric (two identical parts and the third, different part, serving also as a closure), adding some typical, call and response phrases (the first opens with the initial part of the phrase, the second one completes it): 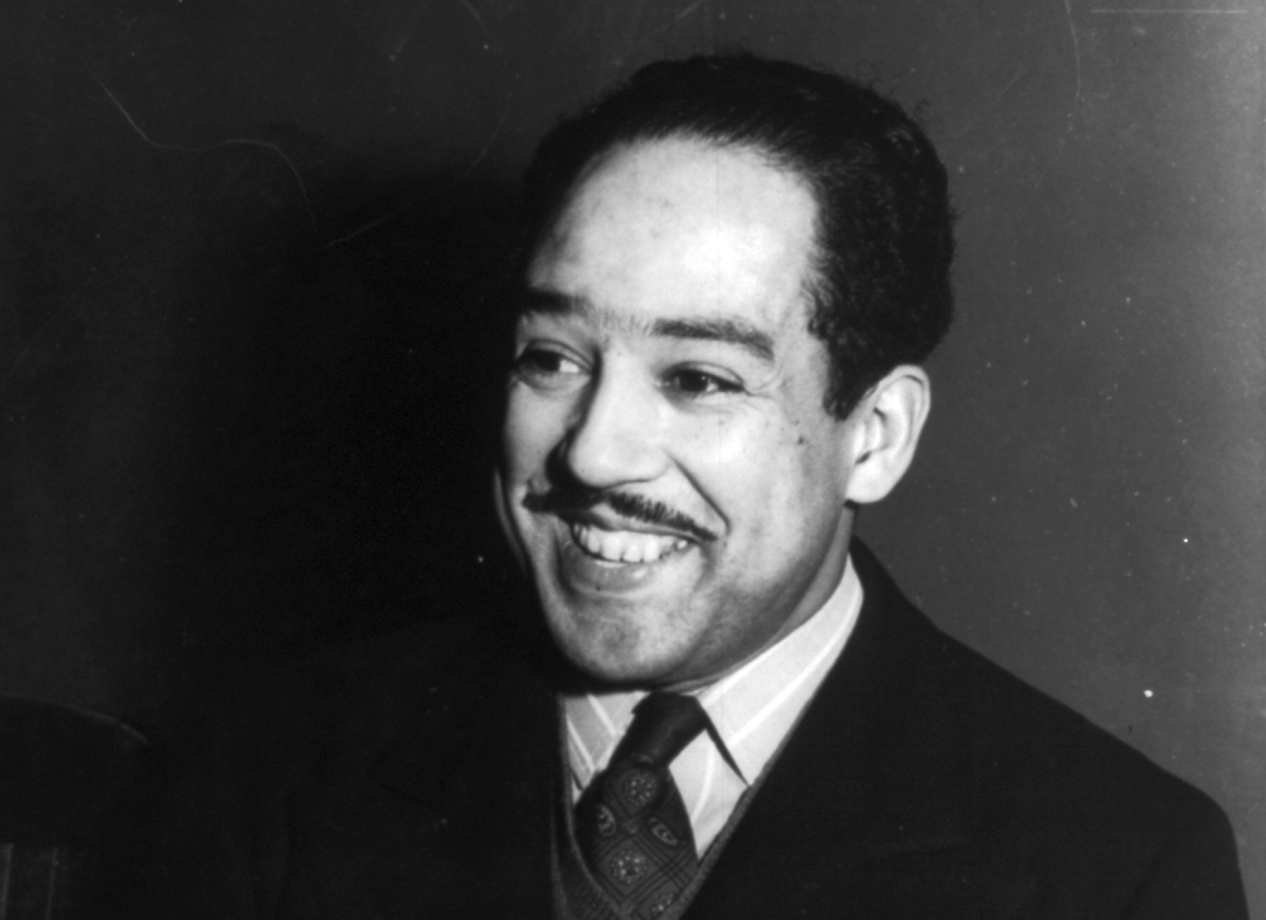 Sterling Brown, a poet, critic, and historian, approached blues poetry in the 30’ with the same intentions as those of Hughes. His Southern Road (those titles are always so cool to pronounce) from the ‘33 is a collection of poems about the popular subjects: poor people of rural backgrounds. The aim of this was to shed light on the African American population and to recognize blues and its corresponding forms as the expression of their creativity. Just like Hughes later, Brown abandons the AAB form to embrace more freedom and dinamics. The next poem highlights the figure of a blues singer Ma Rainey, an African American symbol of those times: 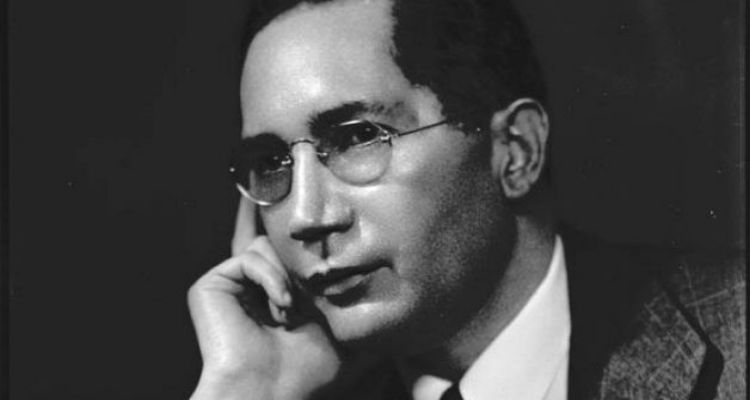 Let’s get in the DeLorean and jump into the ‘70s, where we can meet Allen Ginsberg. Allen Ginsberg? Yes, exactly, Ginsberg, a visionary, a beat, Krouac’s and Dylan’s friend. It’s Dylan who influences his first blues works, written between the ‘71s and ‘75s, collected and published by third party people. It’s interesting how those compositions were born. Ginsberg explained that himself in a letter written on the 30th June of 1975:

“I started with my psalmody in 1963 after visiting India and Japan. Being profoundly moved by Sutra Prajnaparamita and Mantra Hare Krishna (hasn’t been easy to write that), I borrowed a small harmonium from Peter Orlovsky, and started to sing those magical formulas in an immutable do chord.”

Ginsberg, exalted by his journey into Orient decides to take his first steps with the very formulaic music, using a sole chord. The influence arrives also from Blake, and the poet starts to improvise and record some of his songs on a recorder given to him by Dylan as a gift. Slowly, the sole chord is accompanied by another one, and the experiment goes on along with his poetry readings across America. But Ginsberg is tired of this, it doesn’t give him satisfaction anymore. One night, a maestro of Buddhist meditation Chogyan Trungpa, after having heard his outburst tells him:“Friend, it’s clear, it’s because you don’t love your poetry. Yes, my beautiful, that’s it. Change your ways, don’t rely on a piece of paper anymore, do as great poets do – improvise spontaneously on the spot!”. Bam! ….And so Ginsberg starts throwing shows of poetic improvisation with harmonium and a choir. In the Autumn of ’71s Ginsberg and Orlovsky perform in New York University in Greenwich Village. Guess who’s among the audience? ….Dylan, who phones Ginsberg the very same night, dazed, then joins him in the hotel and starts to play while the poet lets his offhanded verses fly. “First blueses” are born there, carved with Bob in two sittings. Rehearsed as little as possible, in order to keep the most of spontaneity. 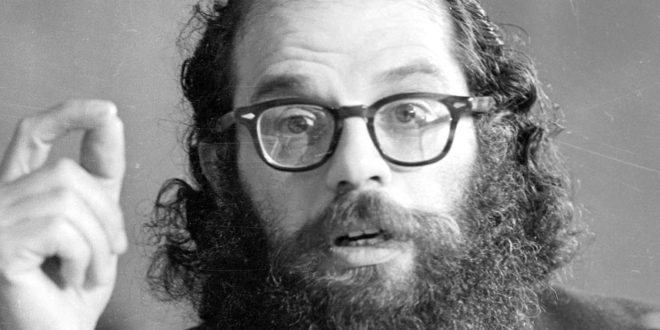 I wouldn’t call these blues inventions “songs”, I’d rather say they’re poetry intonated for music. With themes in between blues and beat: journey, politics, suffering, war, sex. What great about these poems is their musicality: they work without music, or they’re even better without it. The syllables give the idea of classical blues on their own. Let’s look at Broken Bone Blues. There’s a record on YouTube:

Here are the three stanzas, which you have to try to read, come hell or high water:

Improvised, intimate poetry, fixed on paper, but engraved in the music genre, with which it ends up on the records. It seems to be respecting the vagabond nature of the beat authors.

Now it’s time to go back home. Let’s start our DeLorean again and set up the direction: Italy, Bologna, 1998.

I’m about to talk about one of my most favorite books ever, written by one of my most favorite authors ever. If I wanted to tell you everything I have to say about that, I’d have to do that over 3 more articles and a half. Inspired by a story from a chronicle of the ‘80s, Blues in sedici (Blues in 16) by Stefano Benni, tells the story of a poor and jobless father, who goes out one night, as if guided by some precision, to meet his son who spends his evening at the arcade and who’s about to get in the middle of settling accounts between a killer and a pusher. The killer shoots blindly and the father throws himself between the bullets and his son, getting shot. But why „in sixteen”? Sixteen what ? The story is told through sixteen poems, two for each of the eight characters: a blind furtune-teller,the father, the mother, the son, Lisa, the city, Teschio (Scull), and the killer. These poems, however, can be also seen as sixteen musical motifs, pieces of puzzle, scenes of a theatrical shown, traces of a concept album.

And why blues? What does music have to do with this?

There are reasons. Firstly, although there’s no more obligation between the metre and the original structures at dawn of the new millennium, these poems (which are so expressivene it’s hard for me to keep myself from telling you everything) were read by Benni with the company of a semi-improvising, “bluesy” band. Secondly, at the end of the ‘90s the word “blues” evoked a certain imagery: the suburbs of a city in the night, decadent, full of lights, impulses, neons, voices, mysteries, destruction, motors, dirt (in the collective imagination blues is ascribed to the worst suburban spots); there are traces of grunge, punk (Lisa has some features of a rebel), of many urban scenarios from the movies from the ‘70s, of the cyberpunk dystopian, apocalyptic, literature, the pain (of the poor and disoccupied father, who gets killed, of the son who sees him in this condition, of the mother who follows the events – there’s a reason for the subheading being „ballata della citta dolente” (the ballad of a suffering city).

In the midst of all this, Benni performs his famous, biting irony and contemporary, incredible lyricism. He jumps from one shade to another so softly you can’t even notice. The girl dreams about the sea with her eyes closed, just to admire own butt a few lines later. That’s blues too, baby. 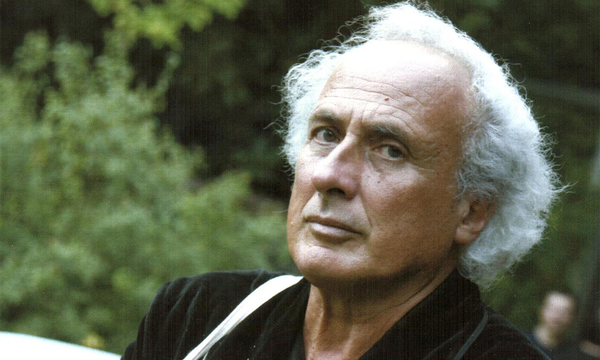 These characters continue to make me dream, I read an reread them to find they have more to say each time. I still haven’t entirely absorbed the beauty of the descriptions, of the scenarios, of the metaphors, of the poetic styles mixing together. I remember this morning when I met Benni at Porta Santo Stefano one year ago. After taking an obligatory photo, I told him about my passion for Blues in sedici, and to my surprise, he told me it was also his favourite book among the ones he has written.

More than blues. The Alien blues.

What remains today of the blues poetry? The Earth is silent, but it seems that the records of blues songs and poetry readings keep coming from faraway worlds.. this sheds light on a new, incredible discovery: aliens make blues. I keep myself inspired by the track Gerolamo Sacco published with his label one month ago. I need to talk about it because there are things that some think I’d like to hide. Blues was broken. It wasn’t preserved. If it was it would only become chamber music and make its name dissolve like the smoke of a cigarette. That’s exactly what I like about that piece: Gerolamo to care for the things that are known to be blues. So it is broken. But exactly with those three chords, with the aim of moulding the rage into the danceable and singable form, he made blues. What else could blues be? Today the one who says „I make blues” imitates the American music scene from many years ago. But that’s when blues dies, reduced to the vision of good old times, to an imitation and a matter of form. But blues can still do damage. And it’s this alien, ironic, and desecrating music scene which is the most bluesy thing out there. Even if it sounds freaky, even if it’s in Italian, and doesn’t sound like the ‘40s. Our DeLorean turned into an uber sci-fi vehicle, or maybe it broke down, anyway, it’ll leave us in the future.

The poetry of bluesmen. From the origins till today.

The poetry of bluesmen. From the origins till today. A brilliant article by Lorenzo Triggiai