The Dragonfly Tales is the last band created by the producers of Miraloop. Gerolamo, stagename mrDragonfly, has decided to give life to this creature for different reasons: a place where to grow his rock songs in English and, at the same time, the desire to make music with other artists. As you already know, in fact, in his solo project he is finishing an album completely in Italian. The story of the birth of this band is closely linked to the story of what will soon be their first single. It all started a few months ago from the meeting between Gerolamo and Angelica, who will be called Lady Dragonfly, a light soprano with a musical background of classical studies and metal performance (curiosity: she played in a cover band of Nightwish with Alex Torchia, a founding member of the previous band of Gerolamo). The beautiful 21-year-old from Veneto (who is 11 years younger than MrDragonfly) fell in love with Gerolamo's music and recorded together the first version of Cyber Eye, it came out a lyrical and electric theme from the beginning, resting on incredibly high notes (A7 and surroundings). With Victoria Woodworm's Telecaster crazy, transformed into a dubstep synth with the linesix, the track was finished in a few days and presented for the first time in chapter 8 of Season 2 of the Gerolandia Express. When a guitarist, Alberto "Willy Caterpillar" Di Mase, fell in love in turn, he called Miraloop and came with a Gibson LesPaul to propose his notes. Since that day the band meets every week and has already planned a collection of songs. Cyber Eye is the story of a girl who loses her cybernetic eye and, without knowing how to tell the truth about what happened, discovers a new kind of sight in the dark, a sight that allows her to "feel" differently. The song was presented as "Rock'n'Roll Symphony on a Sidechain Heart at 127 bpm in a Deeply Pink Alien Sky". You too start a fantastic journey with this incredible, fluo metal - kinky steampunk rock'n'roll band under the sign of Hearts. To see the photos, communicate with the band, visit www.facebook.com/TheDragonflyTales! 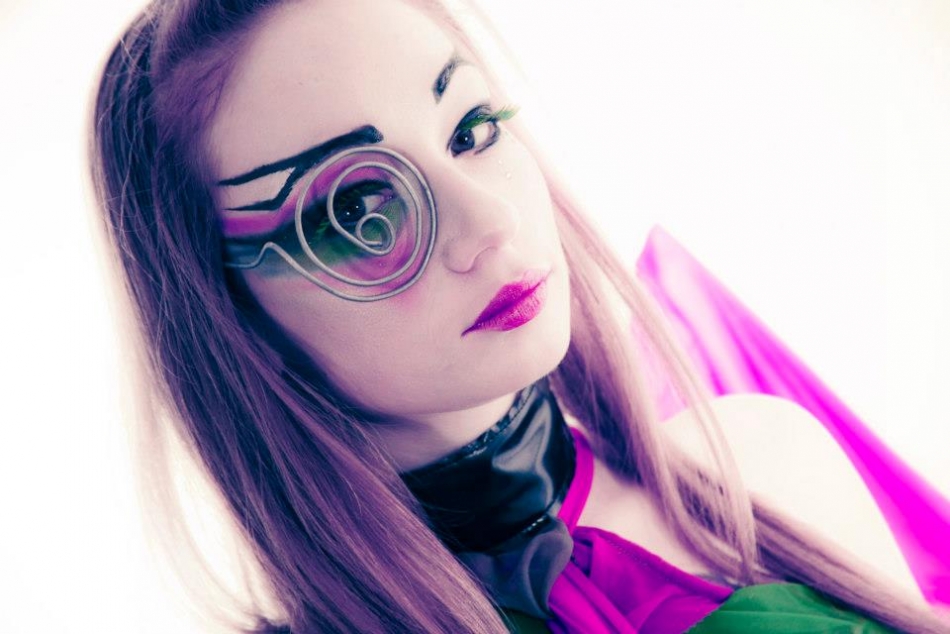 Articoli relativi a THE