Ed.: Bringing back the short (but intense) article by Joe Intenso on Cicogna News

Three guys with the same objective: music. Their genre is hard to classify, they jump from one sound to the next, each time surprisingly coming up with a new real hit. I’m talking about Good Vibes, made of Grizzly, Randagio, and Monju. You don’t limit yourselves to just performing your songs, you experiment and entertain your listeners with gags. What makes you so energetic on the stage?

The secret is the passion. We want to live, eat, sleep, and make love on the stage, but we can’t be on it every day, so we take our chances during our shows. In every show we make love to our public, in the figurative sense, I mean.

You’re really working your way up the ladder, which was your most representative performance?

Every show is of course a separate discourse. Thinking back about Perugia is exciting, also because it coincided with our first live, and surely our two concerts at Contestaccio left a mark, since it’s one of the biggest stages in Rome. Also, all the shows here are fundamental, because having our regular public fills us up with adrenaline. However, the most representative one will be the upcoming one.

Your sound has no limits, what are your personal tastes?

Our sound has no limits, because neither do our tastes. We try to plant something personal in every track, so you could find as much of Skrillex as of Rino Gaetano, or Daft Punk in them… or Negrita, or finally of Bob Marley… and Kurt and Jim.

You chose to follow this road with an independent label, what are you saving for later to show us?

Our album’s title is Sognando S’impara. It’s been 6 months since we’ve started performing live, and we were fortunate to encounter Miraloop Hearts and have Gerolamo Sacco believe in us. On the 3rd June our first LP will be released and distributed on the digital platforms, and after one month the number of live performances will raise and with them we’ll be able to sing our dreams to people. Our motto is to be positive, karma will take care of the rest.

June 25th we’re going to have a combo with Manlio Calafrocampano at Off side in Rome, and we’re still working on other dates in the summer. Fortunately we’ve been already contacted by many clubs regarding S’impara Live, and from the June 2nd we’ll be regulars at Kill Beer in Cerenova, a pub/live club of a great potential near Rome, which will turn into our hideout during these days. On the 15th June we’re giving a summer-season opening concert, also with Manlio. What are you up to on that day Joe? You gonna be with us? We recommend all of you to follow us on facebook and twitter to keep yourselves informed on our dreams becoming true! Good vibes to all! 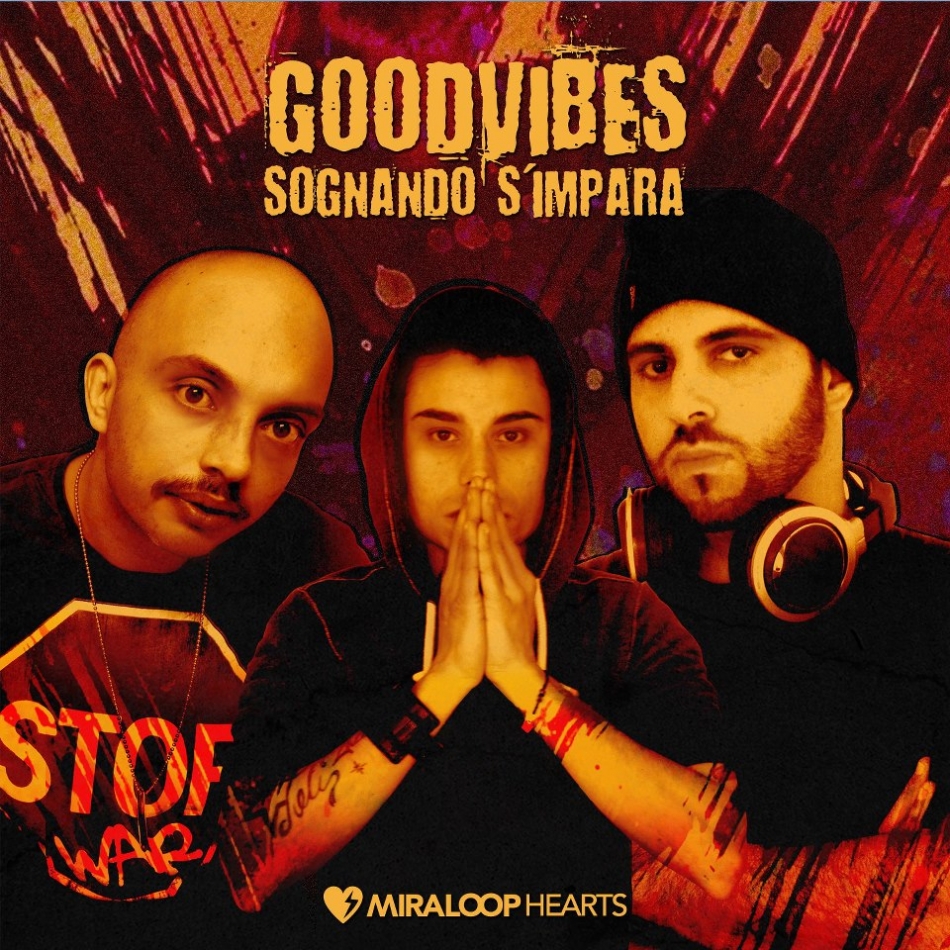 PS MIRALOOP: We kept this interview as a memory. Good Vibes split on the EXACT day of the release of their album as a result of fights over women, putting Miraloop’s faith in the group at great risk. We’re releasing the album anyway, because it’s freaking entertaining, with some true electropop pearls like “Solo un Uomo” or “Come gli Animali”, right during the year of Italian electropop glory. Congratulations to the group, especially to Orso Cimaglia and Emanuele Billotta. Such a Pity!