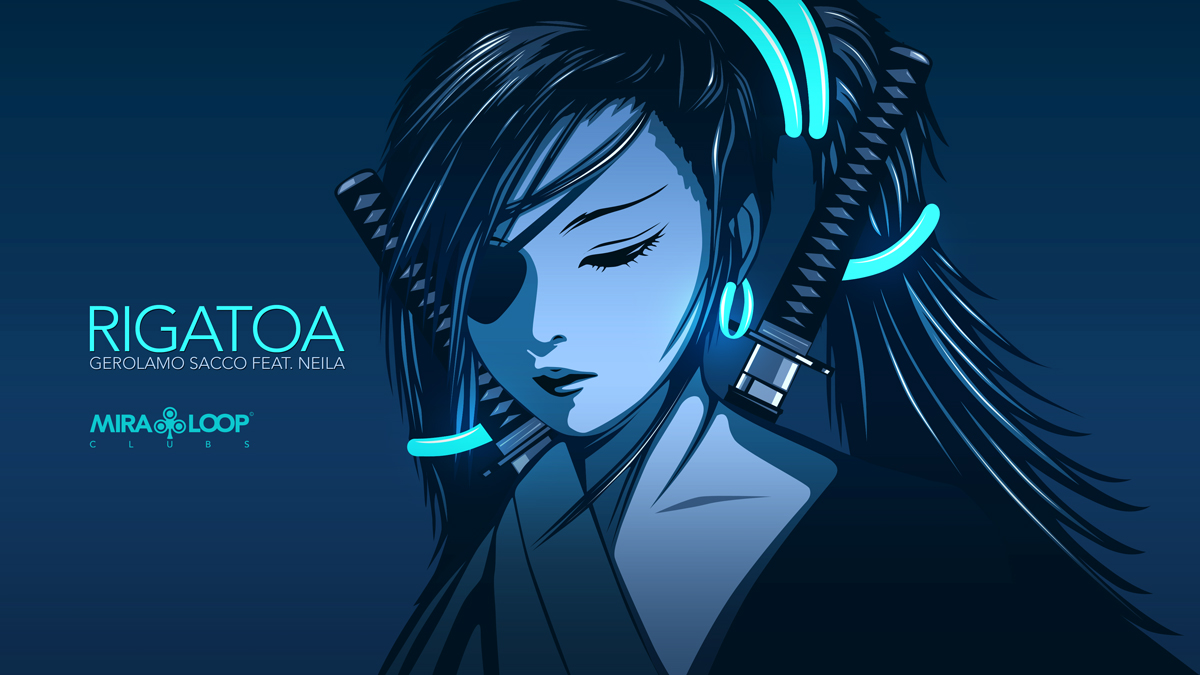 Manga. Bad. Futuristic. The illustration made by Miraloop for the Rigatoa album cover shows a girl with lugo hair in a context where the prevailing colors refer to many shades of a single color, a night blue with electric colors. A female figure with particularly elegant features, looking downwards. What prevails in our eyes is the blinding crystal blue that we find in her hair, on the earring and on the top of one of the two swords. A shade of color that has also been used for the label and the title of the piece. An image that recalls the manga comics that embrace adventure, history, science fiction. A graphic illustration where a warrior woman with her black kimono is the protagonist along with her faithful weapons and ready to kill, or perhaps to celebrate an important event. The entire illustration plays on the contrast between ancient and modern, futuristic suggestions. As beautiful and unstoppable as the realization of this illustration signed Miraloop.

A curiosity for fans: the drawing was made in vector: thanks to this type of technique, the computer graphics of the original drawing completely cancels the pixels and makes it possible to print the drawing in any size!

The 'Turntable' of Miraloop Clubs: the vinyl experience on Youtube