Myspace dies eaten by Facebook: what will change for us

Miraloop was born on Myspace. With Myspace Miraloop has built a unique fan base of real listeners, which today will have to be recovered completely with Facebook (without considering that all Russia and Eastern Europe go on VKontakte). On Myspace, Miraloop's connections wander around these numbers:

Among our individual artists we remember:

We are talking about a value of 7k (7000) real users only considering the connections of the 4 Miraloop labels, built over time (about 2 years), and that in 2009 represent an excellence, since in 2009 there are no major artists on the net and more precisely on Myspace. 2009 was the year in which Facebook and Myspace lived together. 2010 was the year of the slaughter of Facebook. Today we can declare him dead, even if our profiles are still active. 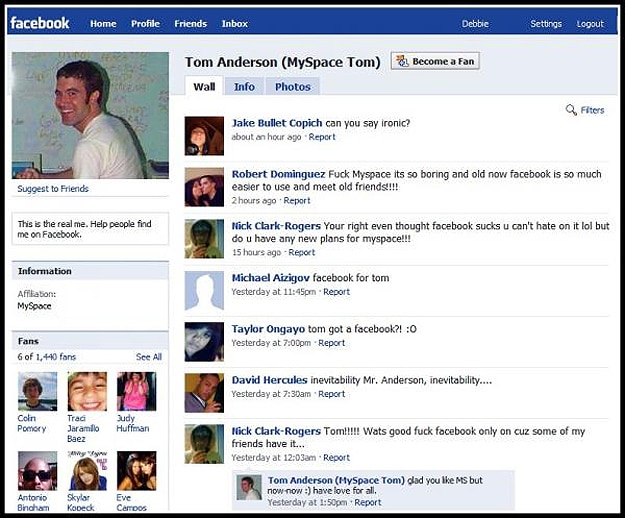 Myspace dies. Facebook arrives: it's a revolution. The two social networks lived together in 2009. In 2010 Facebook began to incorporate the entire network

Miraloop will have 4 completely different labels, each one following a specific target

Miraloop will have 4 completely different labels, each one following a specific target. Historical archive Miraloop