Miraloop Hearts 2013. 4 years after the debut of the first Italian electropop label.

After four years of life, many songs, and many stories to tell, Miraloop is about to face big changes. A new website powered by Innobrain, and a blog by Elyca (it’s Elisa writing it, kisses everyone) but, most of all, new music. From May to June 2013, Miraloop Hearts will quite radically transform its sound with 50 new songs, and many more a while after. To understand what exactly Miraloop Hearts is today, you can navigate yourselves through some sections under heading “albums/catalogo” accordingly to what you’re interested in. With such a colorful background of diverse emotions, ranging from Italian songs to Anglo-Saxon pop, from rock to the classical “Chopin in Space”, we’re here to help you grasp this diversity. We’re telling you all this, eager to exchange good ideas, and meanwhile hoping to make you know Miraloop’s music as it is after four years of production. Obviously, it’ll be modified with time, if we consider it needed to make it easier for you to find your favorite music! Now, have a good read. By the way, we’ve had a lot of fun making up hypothetical names for these playlists, think of some too and share! 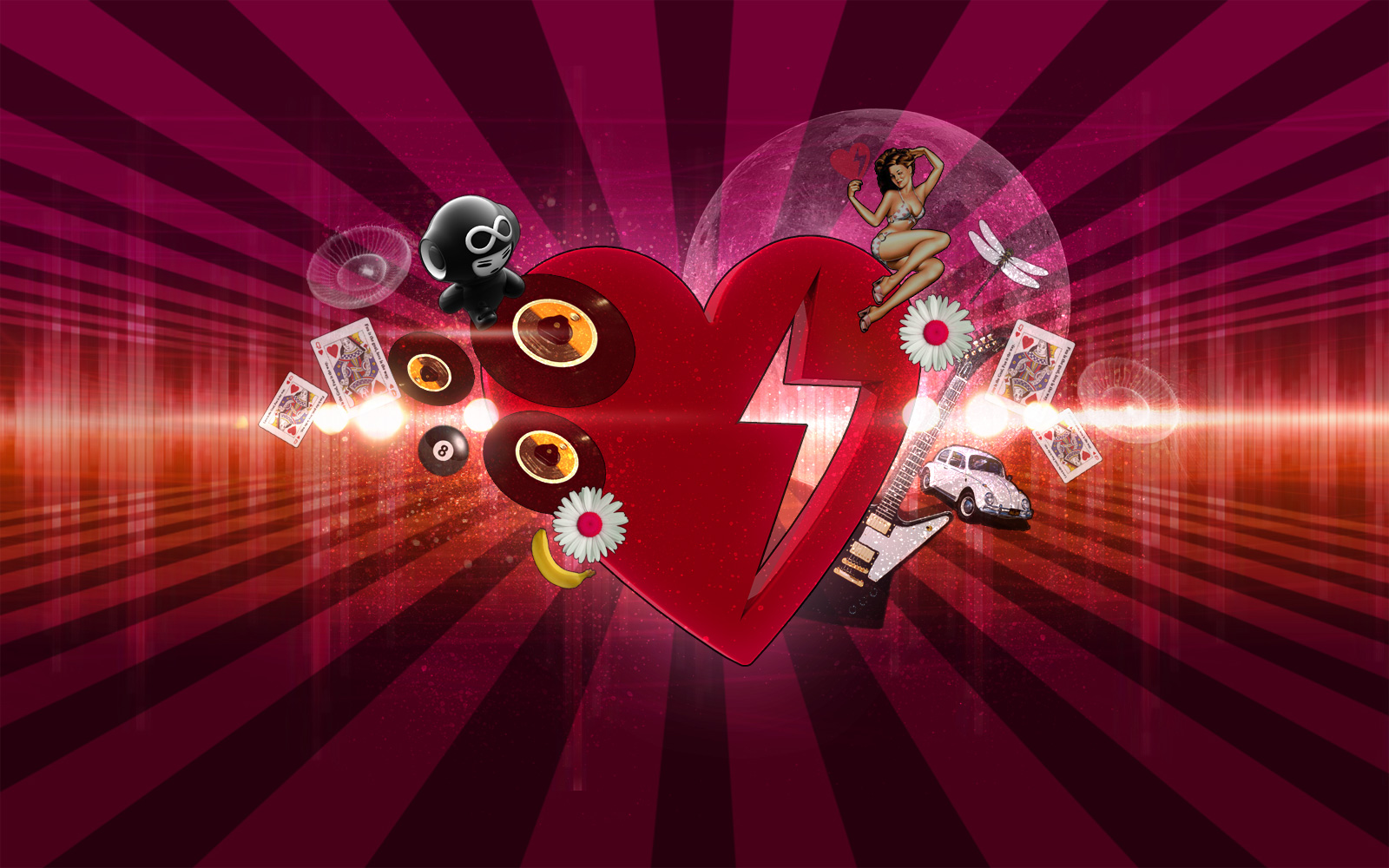 Bands/Electro Pop Rock (Queen of Hearts Playlist) Music production of this year will continue the work started in 2009, which brought to light first visual rock bands in Italy. Mr. Sacco’s electric touch will plunge into the roots of the Doors and Led Zeppelin’s music, placing it on the fragile border between 80’s glam, 90’s post-rock, and the near future. Productions signed Dragonfly Tales, and fluo metal story-telling will be put on a pedestal, along with a very freaky back catalogue. Hot blooded, evolutionary tension. Sexy. The particularly danceable tracks from this section have the privileged access to Beatport through the Miraloop Clubs label “King of Club Records”, starting July 2013. It seems that the version of Cyber Eye, the single from Dragonfly Tales, which is to be released on Beatport will be even more “clubbed”. Taking that into account, we’re talking about the first metal-influenced dance track. Never say never.

Pop | Songwriters (King of Hearts Playlist) The pop/international music scene will offer you some amazing productions from our catalogue, among them Broken Chords by Robert Stanton, Tornado by Gabriella Monte. At the end of the summer it’ll also welcome the first single of Devon Miles with an “English” touch – the contribution of Chase&Status. You’ll be entertained also by the much Italian Cherry Booze. Here you will find all the international pop which dips its roots in the “beautiful music”, far from the excessiveness of metal and rock’n’roll. A perfect place for anyone who’s looking for “beautiful songs”, the ones that sound like international radio hits, simple and able to reach your heart directly, without collateral effects, but not without dimensionality. Another thing you could find there is Mr.Sacco’s much awaited remix of a Ukrainian performer Julinoza, along with other fruits of collaborations with international artists, like the one from the 2011 when we partnered up with the Swedish LaMeduza. We’ll allow the web’s most ardent romantics to go through this rich panorama without having to put Borz’s masks or deal with the Line6’s violence of a dubstep-transformed Telecaster guitar in tracks like Cyber Eye.

Renaissance (The Renaissance Saga Playlist) A journey Gerolamo set on at dawn of 2011, after two Eps and 20 songs. According to Miraloop studios’ leaks - a whole saga of 80 tracks. The Renaissance 3, which is going to include the much anticipated Hiroshima Mon Amour, Born to Shine, Magicamentemia and others, is already in preparation for this summer. Also this summer, the Renaissance 1 and 2 are going to be rereleased and remastered to give its journey more continuity. Renaissance is not a precise genre: ranging from electronic compositions alla William Orbit like Chopin in Space, to Wintertime of pure electropop, from the unclassified “Middle Ages” with no musical record or Mrs. Dragonfly which could easily be a single of Dragonfly Tales if they existed in 2011, to the German EDM-like Viel Klingendes Spiel. Full of totally diverse, but somehow linked tracks. The autobiographic, symbolic, and musical renaissance with its ideas never heard before, flower chains of melodies, dances, and the futuristic, yet antique taste, displaying a multi-colored background of notions. Renaissance is future altogether. We’re just waiting for someone capable of undertaking the creative risk of giving life to a new world of pop, and the Renaissance will come ^^

Italiana (Italian Hearts Playlist) A great part of our catalogue, mostly due to the release of Alieno (Gerolamo Sacco), Sognando S’Impara (GoodVibes), Follia Quotidiana (Borz), and Nataly (VinsCortese), all strongly connected to the music of Belpaese. What counts, apart from everything being in Italian, is the profound link to the Italian cultural roots and the artists’ ability to team up, enforced by the already-established sound of Gerolamo Sacco and Simone Cimaglia, omnipresent in Hearts. Hence, it is not an Italian music scene in its own right just because of the artists’ origin- the majority of artists collaborating with Miraloop are Italian, it’s also not just the fact that it’s sung in Italian. GoodVibes, Borz, and Gerolamo prepare to release something deeply rotted in Italian music culture (you’ll hear traces of Rino Gaetano, Battiato, 883, but all as from the outer space), and with the typical Miraloop touch, not widely recognized in Italy yet, because of its greatly neorealistic polemic-political register when it comes to lyrics. A music scene very far from the “amniotic liquid”- singing, homegrown indie bands, who have failed to reclaim the success of the 90’s Afterhours and Marlene Kuntz. A scene which will pave its way with its electric, drastic sound and revolutionary lyrics, not settling for any compromises. Simply put, a brand new thing.

Dance|Electropop (Electro Hearts Playlist): a section dedicated to electropop and dance music made in Miraloop Hearts. Soon with a ton of new releases. It’s not going to be an actual club-style dance, but something more of a pop/rock/electro music which can also be played at a disco. Between 2009 and 2013 Miraloop was mostly focused on rock sounds along with its more electronic side, however, starting from 2013 also this section will be given much more importance.

Hip Hop (Black Hearts Playlist): there has to be a “Black Hearts” section. For now it’ll offer you “Giornaliste di Sky”, while waiting for the grandiose “The King of Mutherfuckers” with the rocker Johnny Pill’s contribution. If you’re a rapper interested in contributing to this kind of music scene, write us, there’s still a lot to be done.

That’s all for now, I’ll keep you updated. Kisses!