Bologna, March 27, 2017. A distribution company Made in Etaly joins Believe Digital and starting today, Miraloop’s rich catalogue will belong to the multinational, which is already leading in the sector in France, Italy, and other countries in the world.

Miraloop is actively celebrating and we’re all extremely thankful to Paola Catò and Marta Lovaglio from Made in Etaly for their support, promotion, and everything else which helped us reach more than 50 000 downloads in the first eight years. A great result we’re very proud of, especially because Miraloop inaugurated more than 100 artist and projects that have never reached the market before.

The transfer from Made in Etaly to Believe Digital will take a lot of time, because the whole catalogue has to be subjected to a very complicated switch, despite being a relatively small, by discographic realia, catalogue, containing almost 1000 tracks and around 230 releases of singles, albums, and compilations. The first publication will take place between June and July 2017, when the switching operation, which we give around two months, will have been completed. Have patience, because we are going to come back stronger than ever before, despite of the complete company’s rebranding, which will bring new websites and united platforms by the end of the year.

That’s all for now, we’ll see you soon with a new Mirallop publication! 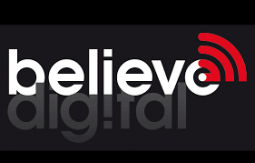 Miraloop for Brands is born

Miraloop for Brands is born, the part of Miraloop dedicated to multimedia works for companies, individuals and brands. An entire website is part of the portal miraloop.com dedicated to business to business.

Miraloop creates its own personal Snapback visor cap, a Made in Italy product designed by our design team.

Miraloop with Irma Records support, is looking for a TV presenter for an important satellite channel: [email protected]

Radio Miraloop, the first web radio born from an independent record label catalogue, with a wide range of music genres.

Miraloop's Mastering and multi-track mastering service is available online to everyone. Even to artists outside the record labels