The duo Luna d'Oriente, composed by Riccardo and Fabio, reveals the backstage of their video of Göbekli Tepe made in the beautiful caves, somewhere in Trentino Alto Adige. An evocative performance made such thanks to the location, sounds, costumes and interpretations of the duo. Let's get to know, together with Luna d'Oriente, the sounds of Anatolia, better known today as Turkey.

After the publication of "MESOGEIOS" we set to work to prepare the second chapter of our sound journey, dedicated to the Turkish land. Several tracks were born, but the pandemic situation forced us to a forced pause that still continues.

Riccardo: Last autumn I heard about a cave a few kilometers away from my house, which I immediately wanted to explore. As soon as I set foot in there, the idea of using that place jumped into my mind: a set of underground tunnels and rooms, a perfect place to record some tracks exploiting the natural reverberation. After a quick chat with Fabio, we organized an inspection together to make a demo to understand the feasibility and performance of the recording with the means at our disposal. On that occasion, looking at the location we told ourselves that it would have been perfect to shoot a video, in particular an area where a small underground lake was created, extremely characteristic and scenic.

We didn't have to think about which track to choose: the location had already been chosen it for us: Göbekli Tepe. The title comes from an ancient city in Anatolia dating back to around 10000 B.C., cradle of knowledge in antiquity and crossroads of peoples.

The song, which takes on characteristics more of sounds rather than music, wants to represent an ancient ritual in which we dress the clothes of priests. Hence the choice to use ancestral instruments of various ethno-geographical origins, some of which are self-made.

The song and the location were not enough to do a good job, so we set to work to think, along with our videomakers Gabriele Salzani and Claudio Venturini, the choice of scenes to represent, costumes and props. The decision was also to record the audio live during the filming of the video in order to better capture the gestures related to sound. One difficulty was to eliminate all elements of modernity from the scene, so as not to compromise the setting. For this reason, the sound was filmed with a portable recorder, without applying microphones to the instruments.

Everything took place within a couple of weeks, taking advantage of a small gap between the bans on moving between regions. The result is a fusion of sounds and images that tell of an ancient ceremony.

A prayer has also been dedicated to it:

"Deliver me from my disdain

give me strength and ingenuity

when all will be light again"

With this work of ours we hope and wish everyone that the light can soon return to shine, closing this period of history so complicated. 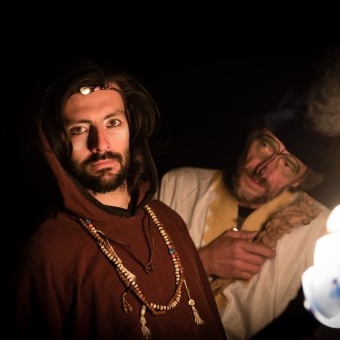 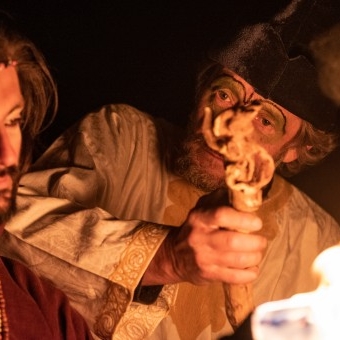 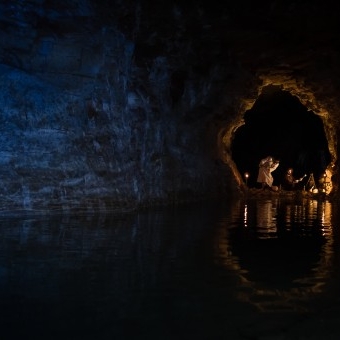 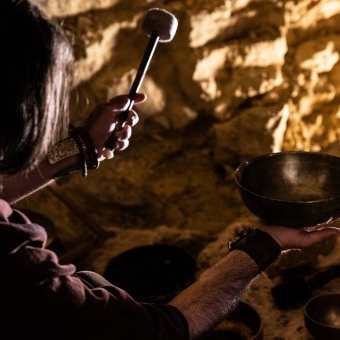 Watch the video of the live performance of Göbekli Tepe