Have you ever listened to Festival, last Gerolamo Sacco’s album? Festival is a sort of summer compilation where the singer-songwriter and producer from Bologna Gerolamo Sacco, using different musical genres (from Paul Kalkbrenner influences to drum&bass beats, from italian dance music to electronica) in 10 music tracks that create a sprawling Festival, full of positive sensations and vibrations. With songs like ‘Vorrei Fare una Canzone’, ‘Fra le Nuvole’, ‘Mediterranea’ and ‘Woodstock”, performed by Gerolamo himself or with his favorite female performers, Festival is the second Miraloop Hearts production (the first was “Alieno”, first Gerolamo Sacco’s italian songs album) appeared in the iTunes all-genres sales chart. Festival has been one of the top100 italian albums since 25 to 29 of July, reaching #14 as top position. It’s our greatest exploit in a national sales chart.
And now… just listen to this electropop music bomb:
http://hearts.miraloop.com/en/album/festival/

We wish good times to all of you! 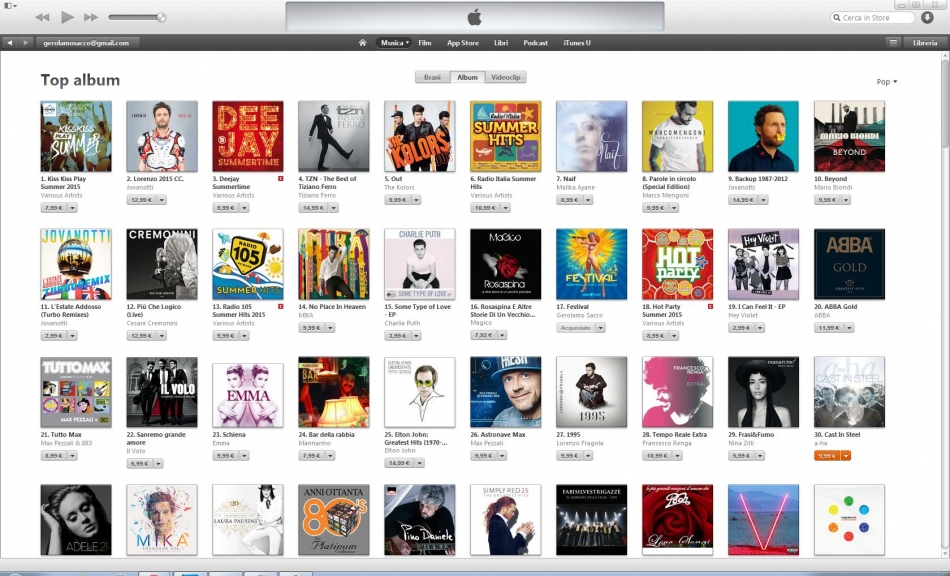 Miraloop partner together with Modul Lab partner of the third edition of the contest "Tieni il Palco", every Saturday for two months from March 3 to April 28

Miraloop in Bologna with Tieni il Palco, from March 3rd till April 28th 2018

Miraloop with Modul Lab partners with the 3rd edition of the contest Tieni il Palco, every saturday for two months from March 3rd till April 28th

Launching Indie Candies, the first collection of electropop made in Italy

We are working on a new release: Indie Candies, the first made in Italy electropop compilation, created by Miraloop Hearts, the pop label of Miraloop Rec

The debut of the Trentino duo that is conquering Italy live after live. Kairos by Yellow Atmosphere n.3 World Chart and n.51 All genres

The third single by Senatore Cirenga reches #28 on the Top 200 Alternative chart on iTunes.

Dely B at his debut with Miraloop Records - Spades, flies to n.1 on the iTunes electronica chart and n.47 on the all genres chart

One of the best selling Italian records in Russia is Mondi Nuovi di Gerolamo Sacco, at 25 iTunes Russia Alternative chart.

Mondi Nuovi di Gerolamo Sacco is among the 20 best-selling albums in Italy, 12 iTunes Italy all genres, 1 Alternative in Italy and 25 in Russia.