After the debut single, Inopportuna, Maria Giulia, aka EMGY, is back with a second energetic single that exalts female complicity, rather than rivalry, between two figures that have existed since the creation of the world.

We don't want to spoil anything for you, so we'll let you directly read the words of the artist, about the story and the message behind her new single Lilith!

Lilith is the ancient goddess of the night, the first woman created from the dust of the soil, the one who fled from the earthly paradise because she pretended to enjoy the same privileges of her spouse.

Adam wanted to command her and lie on top of her as a demonstration of his superiority. "I will not lie under you, but only on top" he told her "For you it is suitable to be only under, while I am made to be on top” and Lilith rebelled; angrily pronounced the name of God and left the garden, flying towards the Red Sea. She was not expelled, but she decided to leave on her own and, having never touched the fruits of the tree of knowledge, became immortal.

Resentful and alone, Adam asked God for another woman; so he created Eve from his rib. Undaunted, he continued to search for Lilith for centuries, but she, firm in her decision never returned.

Wounded in her pride, the masculine tradition of monotheistic religions branded her with the three aspects of femininity considered the most negative in absolute: adultery, witchcraft and lust. Since then in the popular imagination Lilith became a terrible night demon bearer of death and destruction able to take the form of a winged woman, with claws and long red hair, with a superhuman beauty that is impossible to resist and an unhealthy carnality, able to seduce men and abuse them during sleep, cause nocturnal ejaculations in adolescent boys from which generate demons; is fatal for newborn males.

Only in the 800s with the increasing emancipation of women, the figure of Lilith has become the symbol of the female who does not submit to the male.

It has also been called the pagan Madonna, with the difference that Lilith does not crush the snake: she is attracted, wrapped, overpowered by it, eager to discover the deepest secrets of human nature.

Just like Eve when she ate the forbidden fruit.

So today, millions of years later, in this new single, the two women are not rivals but accomplices.

Lilith in fact turns to Adam with an uninhibited attitude, warning him not to delude himself that he has obtained a custom-made woman only because born from his rib, because in every Eve there is a Lilith ready to take flight, a woman, an animal made of pure instinct, a thinking being capable of acting independently from those who created her and those who believe they own her, to say YES when it's a YES and NO when it's a NO.

Among distorted electric guitars, 90's loops and harmonic minor scales Lilith invokes the moon in a liberating song, her Black Moon, the apogee of the lunar orbit, the point of the orbit farthest from Earth. A song, hers, that exhorts all contemporary Eves to never be satisfied with a plastic world, however perfect and well packaged it may seem, if this compromises its true nature, but to fly far, as far as possible. 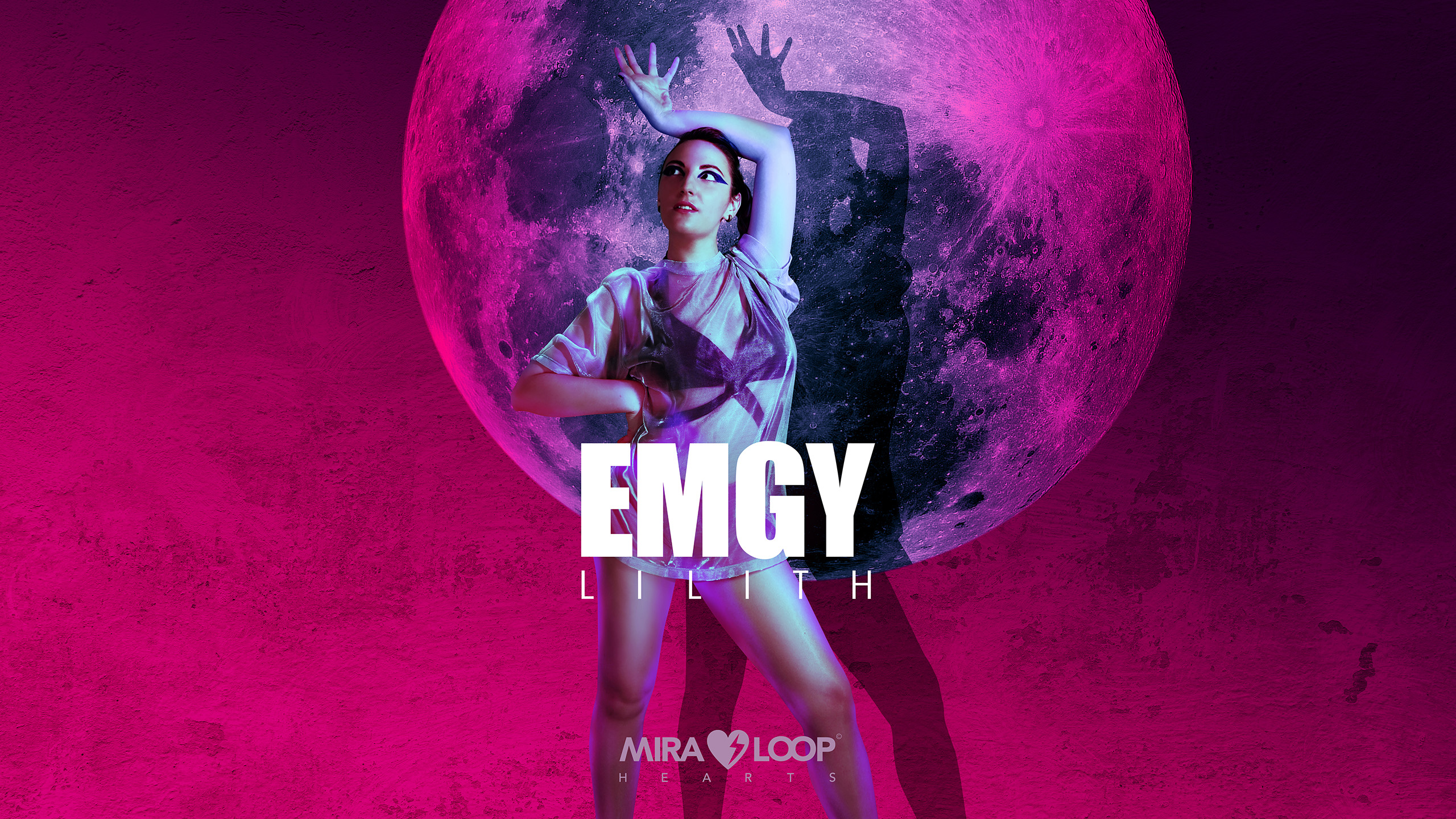