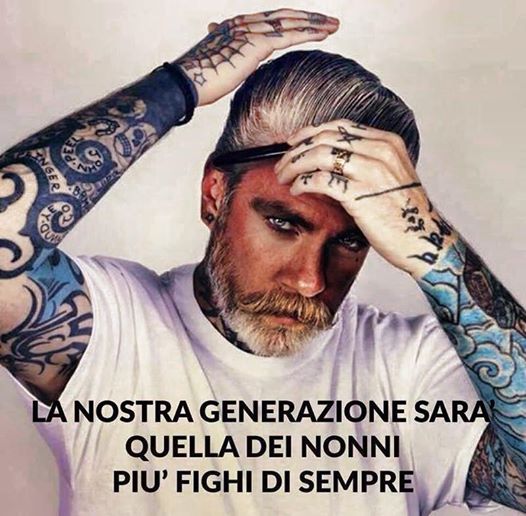 Increased Facebook subscriptions for the Hiro Barber Shop page. In just seven months on the famous social network alone, subscriptions have increased from 580 (May 2014) to 96,000 (Christmas 2014) as a result of a hammering tam and a communication studied in detail. A remarkable result that develops on the narration of a Milanese barber's around and on the trend of long beards, of tattoo as a symbol of character, of the more rock side of beauty & wellness combined with the tradition of Italian barber's shops. The "barberizzazione" (bearded trend), a neologism coined by Alberto di Mase together with Hiroshi, has been ridden both offline, with the legendary stamp, and obviously online throughout a campaign involving Facebook, Google, Instagram, creating a complex system of engagement capable of crossing the natural boundaries of Hiro's business, which began as a local store.

The trend of barberizzazione has not only involved different types of male targets, but has required a lot of effort to prevent it from being cloned. An attempt repeated continuously by barbers from different parts of Italy, who tried to ride the trend until the last moment. The work done by Miraloop with Alberto di Mase, especially in the initial phase, was on the one hand on the target, working manually with the target audience, and on the other on the creation of an aesthetic through images: an impactful work that would make the brand modern and "bad" but at the same time traditional. Despite the fact that we are talking about a very young company. We have succeeded with a lot of commitment and working hard on the aesthetics of rock and glam, drawing on the musical experience.

The next job was to bring the Hiro brand to use the whole engagement machine to become a real icon, able to cross the natural border of a barber shop. Not only from the point of view of personal branding. We are in fact about to announce that soon the world of Hiro Barber Shop will have a big surprise, in which Miraloop will play a leading role. Not musically... stay tuned!

A remarkable result for Hiro Barber Shop which shows an increase in Facebook subscriptions from 580 to 96,000 in just seven months.