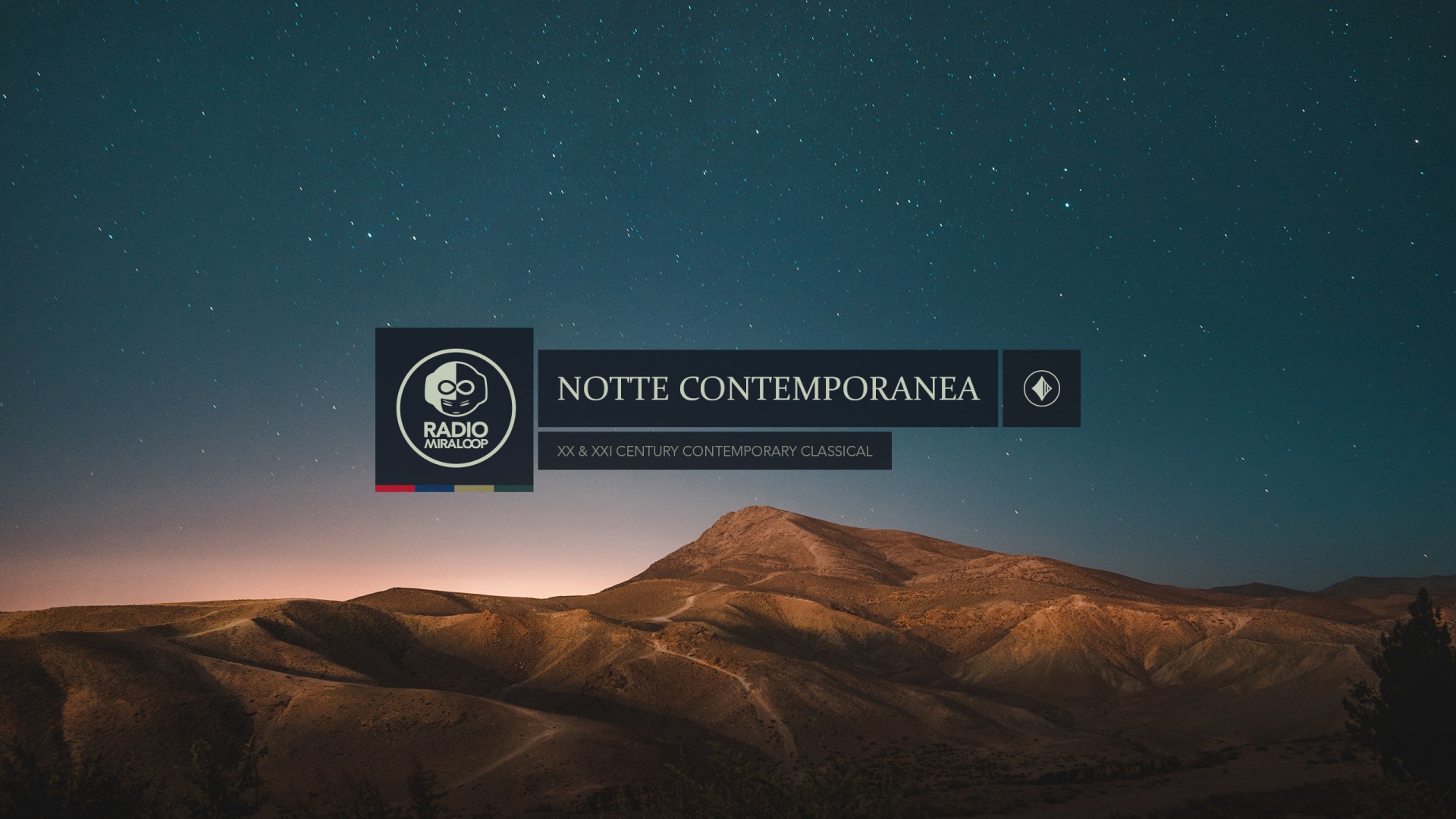 Today we want to introduce you to Notte Contemporanea (Contemporary Night), one of the most intense programs in Radio Miraloop's schedule. On air every night from 2AM to 3AM, this selection was made for those who are constantly in need of music's company, in spite of the hour on the clock.

Daughter of Miraloop Records Diamonds, this collection is among the most sophisticated of all the programming, designed to accompany you in the most intense and silent hours of the night. These songs constitute a real journey through time that embraces and is influenced by various genres: from neoclassicism, impressionism and expressionism music, to electronic and experimental music. It is also impossible not to recognise some forms of "contamination" from cultured music and folk, folkloric and/or jazz music. This collection perfectly expresses the complex history that lies behind this great genre that has always given rise to different discussions among music experts. In fact, 1900 was a century of strong changes for all forms of art, from painting, to literature, poetry, sculpture and, of course, music. In painting, for example, the "revolution" of abstractionism, futurism and cubism was unleashed. From the musical point of view, however, already in the early 20th century we witness a constant and growing rift between composers and the public. On the one hand, the general public, also because it gradually spreads a real mass musical consumption, does not accept many contemporary composers seen as too far from the tradition and the "beautiful"music; on the other, many composers who took refuge in the phenomenon of the avant-garde, creating a category of musicians often tending only to change for change, disinterested in the understanding and in the "success" of their music. For this reason, the focus of their music shifts until the real purpose becomes no longer to make the listener actually appreciate the music, rather to make a change in the structure and form of the composition. Change is very often provocation, with an increasing discrepancy between the tastes of the people and the "search" of the musician.

According to some experts, the musical avant-garde characteristic of this particular genre can also be seen as a strong attempt to escape from commodification, at the turn of time when aesthetic commodification is an important social aspect of art. The choice made by Miraloop in the field of contemporary music is purely oriented to innovation and musical research that, at the beginning of the third millennium, still broke the rules. In a particular way, you will find choices oriented towards artists from the Florence, Fiesole and Bologna area.

And you, if you love to let yourself be lulled by music as well as by the arms of Morpheus, this is the right program for you; it will help you to relax and indulge in the joys of sleep ensuring relaxation. Also, if you’ve also listened to The Extreme Sleepers, this program will help you regain concentration to relax and surrender to the world of dreams.

If you like The Progressive Suite's selection do not forget to follow Miraloop Records - Diamonds on our Facebook and Youtube channels where you can enjoy the entire catalog song after song, in a large music collection.