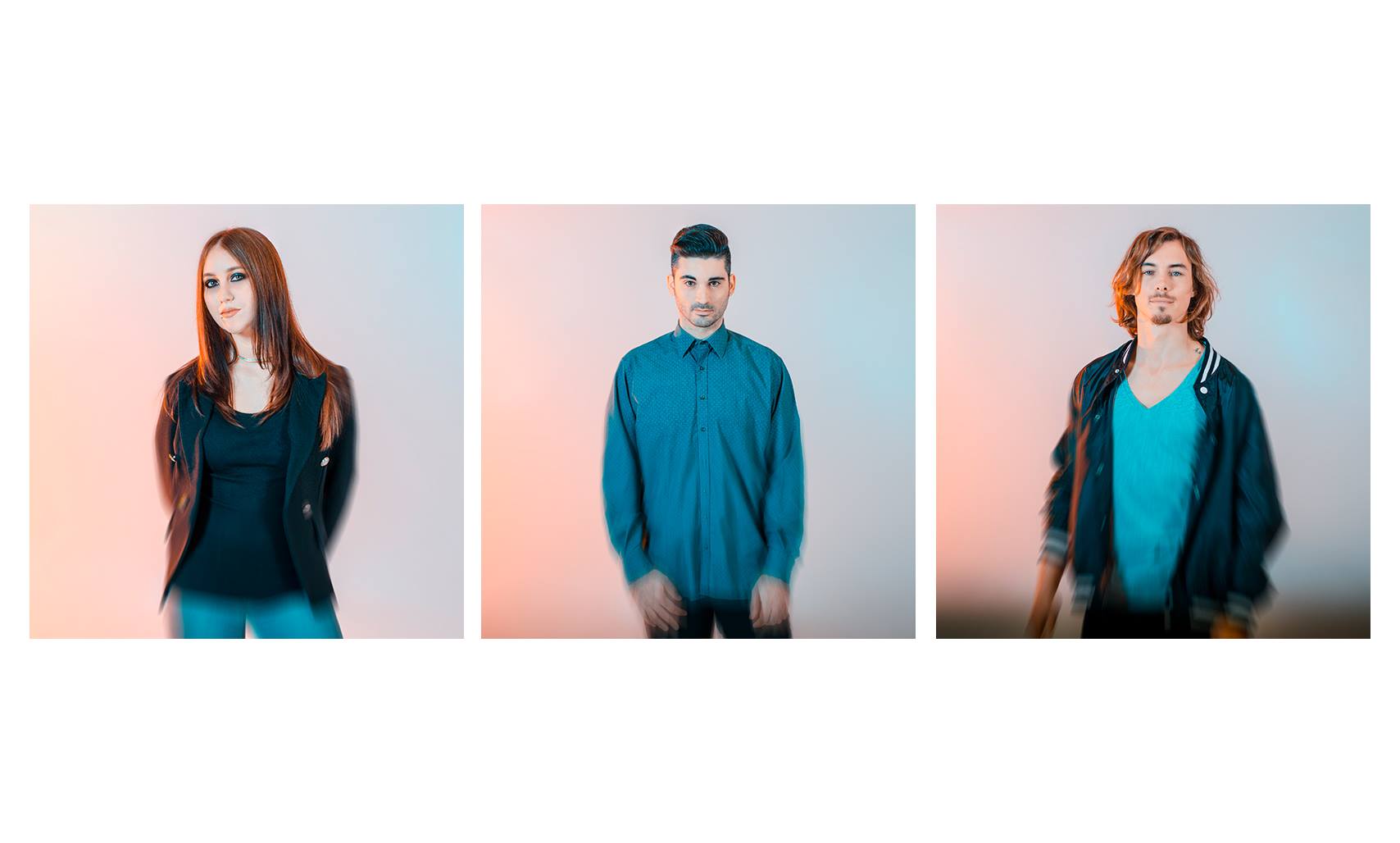 What is Mirari and where does the name come from?

We wanted to put together tastes, ideas, inner turmoil of each of us and make them converge in one big electronic pop project, which we like to define as the musical aspect of our souls. Mirari is a Latin word and means "to be amazed", but also "to look inside", "to observe" (this is the origin of the term mirror).

When and how was the project born?

At the end of 2017, Fede and I decided to create something together, we were fascinated by the idea of projecting our dimension as a couple into the music too. After having thrown down the first ideas in production we thought to involve Anton (who previously was the drummer of Fede in other projects), for his great technique and flexibility on the instrument, necessary elements in a genre like ours.

After the first sessions in the studio we found the right alchemy to insert recordings of acoustic drums then processed in a complementary way within the arrangement.

How does a song come about?

It depends, we don't have a single way to write, we found ourselves creating starting from the music, but also from the lyrics. What I can tell you is that there is always a constant link between words and music; sounds and voices often go hand in hand with the concept we want to express. The peculiarity of electronic music is that you have endless possibilities of research, both at the level of sound creation, and at the level of structure: it is a continuous work in progress (even sometimes during the lives) you can change the elements during the work on the basis of mood or context.

In addition, it's really stimulating to work together with Fede, I really like the synergy that there is between us, living together is nice to carve out moments of our day to create. And it's incredible that you can still discover so many new facets of each other, really fascinating.

Which themes do you deal with and what inspires you?

As I told you before, Mirari also means "observing one another". Our existence is the sum of what happens around us and what we have inside, it is an essential bond that you can never overlook. You can change inside and outside, the important thing is never to remain passive. Nowadays there are a lot of situations that make you understand that it is right to look in the mirror and ask two questions, take the climate change. "The Call", for example, is about that: it's an awakening that comes from the deepest self of the one who is willing to question, to look with a critical eye, even at the cost of being sick. It's time to wake up, there's no more time to pretend nothing is happening.

Which audience do you target?

Anyone who wants to imagine, dream, transform themselves. Our songs are like paintings, in front of which the listener has free interpretation. We want to stimulate the sensitivity of those who listen to us.

Which artists have most influenced your sound?

We like artists who aim to build imaginary and sound spaces, maybe with a good search for sounds. Take Royksopp for example, I'd say they're the perfect example. Or Jon Hopkins, with his intense atmospheres. But we must also say that our path as listeners has touched over the years many stages, we have grown listening to many different things, such as metal, punk and rock'n'roll and we are the synthesis of all this.

How much does the live dimension matter to you?

The stage puts you in direct contact with those who listen to you, you breathe the audience and the audience breathes you, if you think about it is always an infallible school. From a live performance you get a lot, because you understand where you can get better, but you also see what is effective in communication. In addition, the live tension keeps you alive, the adrenaline gives you the charge.

What do you think about the current electronic scene?

We are talking about a genre so vast, practically infinite, that allows you to continuously research. We really like the Scandinavian sound, but you also find interesting situations in America, Great Britain, Germany, and more. In Italy you could do more, let's say that there are still many cards to be discovered. We have chosen to write in English according to an international market, moreover it is a language that fits perfectly with our sounds and metrics of reference.

How and when did you get in touch with Miraloop?

We met Miraloop in May 2019. We were looking for an open minded label, able to understand our experimentation and the type of path we wanted to take. In Miraloop they immediately showed themselves open and willing to work with us, perfectly understanding what we want to communicate and leaving room for our artistic choices. For us, it was essential to have a concrete help that would not, however, upset our concept. We hope that after us many other similar projects will want to join together to create a real Italian electro pop scene.

What are you planning to do in the near future?

A double single with the tracks "The Call" and "All Falls Down", two diametrically opposite tracks, a sort of "alpha and omega" that define the beginning of our musical journey, will be released very soon. In parallel we will also release the official video of "The Call". We wanted to work a lot on the visual impact, but we don't want to anticipate anything, we want to surprise you!