With the beginning of his activity as a producer in Miraloop he has put his hands on three of his records Alice, Margherita, Caterina, where he experiments as a singer-songwriter, while on other projects he is involved in the launch of DNR, the multigenre productions of Gabriella Monte, trance music with the brand Melodia Infinita and with the close collaboration with Alessandro Ratoci in the recording of classical works. More experimental music, with projects like Radarstation and his project Amyl. But let's make a brief excursus to understand what brought Gerolamo to this point. 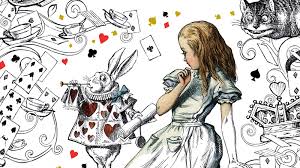 To make you understand the character, there are two words to say about what Gerolamo has done in these 10 years of musical life. He personally told me his story, which has nothing in common with those of other Italian musicians:

At the age of 18 he found a hobby not to study before basketball training: he played broken pianos and keyboards with amplifiers, connected the keyboards he had bought to give music lessons in middle schools to the rca "vinyl" input of the amp, which completely distorted the sound, simulating the gain of the guitar amp, and recorded the distorted sounds on a cassette, then reproduced them and played on it with a piano that had been tampered with like a drum kit.
Further recording on cassette and tape (which after a thousand passages sounds indecent) and at school makes her hear it saying that it's new rock.

Always at 18 he buys two cymbals and some records with his savings and 1 month later he's resident dj at the disco Vitasana in Vigevano. He mixes Bla Bla Bla by Gigi D'ag with Prodigy and the italo disco with Subsonica. They give him in hand every Friday evening and Sunday along with another DJ. He enrolled in a DJ competition in Bologna at Villa Serena and won. When he turns 19 he is in Bologna for the university. Bologna is a scene that can express itself, and is unleashed in the raves of Bologna and Romagna with powerful dj sets between techno, electronics and trance, organized by his friend Michel, creating one of the first carts of the Street Rave Parade in Bologna, and in the meantime begins to write melodies on the computer: he equips himself with a windows 98 with Cakewalk 9 above and begins a new world. He prints his first vinyl records at the age of 19, but the sounds and the layouts change to make him "commercial". He gets pissed -inside- but outside he is happy to print records, and anyway for work he plays around and wants to see if they work.

In 2001, when Gerolamo turns 21 and has already released two singles with the Dj Mix Records of Cesena, the Italian electronic scene is Gigi D'Agostino, he falls in love with it for his ability to make music absolutely original and, convinced that Gigi does not change the records, sends him some cassettes and CDs and in 2002 he is in his team as a producer. From there, for 5 years, he was producer first on behalf of MediaRecords then Pensieri Elettronici with a personal artistic contract with Gigi where he was obliged to refer to the master. In these years, when he graduated from the University, travelling between Bologna and Brescia, he delivered about 100 musical ideas, which strongly marked Gigi D'Agostino's recording and artistic career in the period 2003 - 2007, contributing to a unique period in the career of the Italian DJ. Gerolamo is under artistic contract both as a producer and as an artist, but the impossibility of managing his own project is close to him, so after 5 years of intense collaboration he leaves that world. His tapes are still very much in demand. I'd like to make a song to guide the album Lento Violento and Altre Storie al disco d'argento in Italy. But there's a problem. Also this version has been fucking distorted.

Disappointed, to counterbalance the world of electronic music, of which he is exhausted, to learn a new musical world, in 2006 he asked to be enrolled in the Conservatory as a composer and, totally self-taught, began to study classical composition. After passing the entrance test of written composition (a piano sonata) in first place, during the interview the music teachers discover that musically it is practically illiterate, that is, does not read a score in real time, and ask him how he managed to write a sonata without knowing how to read and play at the piano one.

Since then he has studied composition and piano every day. In the conservatory he is obliged to learn solfeggio. He is 26 years old in the solfeggio class with children of 7. In 2007 he plans to create his own reality so they will stop changing his records, today it has just become reality, it's called Miraloop.

And it will be a great adventure. Get ready to go around all the rooms!